Curator, writer and researcher Rita Ouédraogo, who moderates the session, introduces the theme of the 2022 NIAS Symposium: a collective exploration of the racial and colonial dimensions of culture that goes beyond a focus on museums and archives to also shed light onto material aspects in a broader sense such as architecture, food or interior design. Topics to consider include how humans are active agents in the meaning of objects, and how these objects become contested. In her words, today’s session serves to ‘explore together the power of things’.

The turn in academia

Jan Willem Duyvendak, Director of NIAS and Professor of Sociology at UvA, welcomes the speakers and attendees by contemplating the interdisciplinarity and diversity values of NIAS as mirrored in the symposium. As he puts it, we are ‘learning collectively”. It is therefore the complexity of this theme that prompted this year’s lecture to become a symposium instead, as this form allows for several of NIAS’ fellows and other researchers to yield the floor regarding these topics. The exploration of the contestations as well as the contested objects themselves, embody the meaning-making-process of material culture – in this case in relation to racism and colonialism.

There is a materialistic turn in academia today: the material is seen as being an ‘active and integral part of whatever society comes to be’, rather than a ‘tacit background against which the human can proliferate’. It is its devices, materials and objects through which humanity is being performed, and their operations, techniques and practices through which environments and infrastructures become invested with specific qualities and capacities. In Duyvendak’s words, “the material is not only enabling or constraining but actively participating in what the social aims to be”. Religion serves to exemplify this dynamic, as seen in religious ornamental symbols that help enact and effectively embody religiousness. This then brings about the question regarding the degree of entanglement between the material and its meaning: is it not too idealistic and unmaterialistic to posit that the only meaning attached to the contestation of an object is socially constructed? 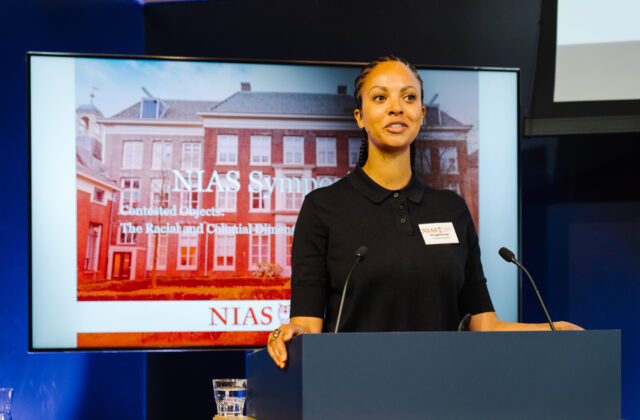 Monuments to the colonial past

Britta Schilling, Associate Professor of Cultural History at Utrecht University, presents the essence of her research on imperial and colonial collective memory as traced from its German roots to sub-Saharan Africa. Pushing the idea of contested objects further, she discerns between two sets of them, intentional and unintentional monuments.

To do this she guides the audience to Namibia and German colonial architecture. Unlike the monuments and statues that we often think about when we speak of contested objects, Schilling considers colonial homes and other colonial-era buildings as ‘unintentional monuments’ to the colonial past. The status of these buildings is complicated when one considers the tourism industry benefiting from such buildings and the respect achieved through the label of ‘cultural heritage’ that these buildings possess – which begs the question, “are these buildings evocative of colonial ruin or colonial nostalgia?”. According to Schilling, there are important decisions to be made on whether this material culture should be restored or allowed to decay.

This brings us to objects in domestic spaces across Europe that also evoke the colonial past. These could be found in families that had ancestors involved in the colonial project, as a memory of their careers overseas, or as decontextualised exotic ornaments passed down generationally. She considers the meanings of these objects to the people holding on to them: “They may trigger a reckoning with the imperial past much closer to home, but they don’t always do so because they are so much a part of everyday life, they are so deeply personal and wrapped up with family history and identity”.

These two units of material culture – the architecture in Namibia and the privately held objects in Europe, may be categorized as “unintentional monuments to the colonial past”. These unintentional monuments have a value solely determined by modern society; this may be historical but may equally be a more emotional ‘age value’.

Schilling emphasizes that, “every time a statue in the colonial past gets defaced, we should also be reminded of all the unintentional monuments that are still scattered around the globe that are just as much a part of coming to terms with the imperial and colonial past.”

Although the owners of these unintentional monumental objects do not wish to restore the past, they yearn it, clinging to it, “perhaps blinding us to continuations in the present”, which is why Britta suggests that these objects be made visible through media and cultural heritage education, starting with the use of this novel term – the ‘unintentional monument’. 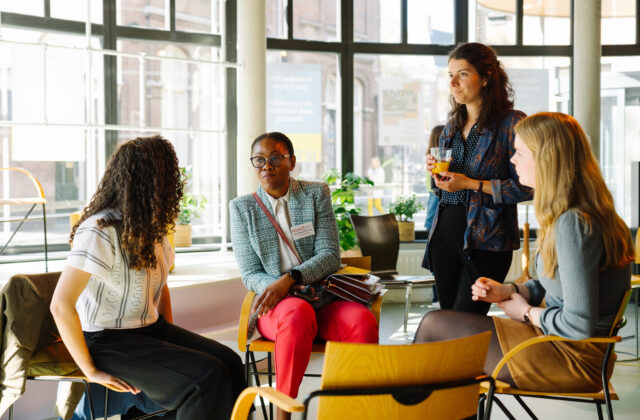 Schilling yields the stage to fellow fellow Rahul Rao, Lecturer in International Political Thought at the University of St. Andrews. Rahul discusses his project ‘the Psychic Lives of Statues’, where he questions why statues have become contested terrains for caste supremacy.

To illustrate his approach, he takes a set of Gandhi statues that were defaced in the Netherlands and the US and protested against in Ghana. Thus, he portrays the convoluted and even paradoxical attitudes towards the figure of Gandhi, who has been deemed racist and casteist due to his ideals of racial ordering in hostile opposition to the African citizens and his disingenuity towards the caste system. “The paradox is that everyone that believes in non-violent protest is to some extent a Gandhian, even if they disagree with his ideas”.

Rao further establishes this duality through the Dalit activists in India, who defend the notion of caste categorisation as analogous to race discrimination; their voices reaching prominence in the global stage and inciting transnational solidarity between the Dalit and the Black Lives Matter movements. Tracking the discerning framing of Gandhi’s statues in global discourse can help create a more complex conversation about race. “It’s not always a white or black issue, it forces us to grapple with the politics of caste as a global category, not simply one that is relevant to South Asia; it prompts us to have uncomfortable conversations and it makes us confront multiple critiques of the same object”, therefore forcing us to reflect on how “the enemy of one’s enemy is not always one’s friend.”

In answer to a question from the audience, Rao gives thought to holding companies and public institutions accountable for unintentional monuments to the colonial past in the form of re-branding that is not only ‘representation politics’ but is also expressed in an actual ‘re-distribution of resources’. Thus exemplifying Schilling’s hopeful re-construction of the convoluted social meaning of monuments that might eventually – as Rao explains, further encourage a more nuanced activist scene and solidarity across the globe.

Finally, the speakers and public head out to continuing the Symposium with a series of parallel workshops given by NIAS in collaboration with the KNAW Humanities Cluster (NL-Lab and Far Too Close, the Allard Pierson collections, and the UvA student platform Amsterdam United before an eventual closing event at VOX-POP. 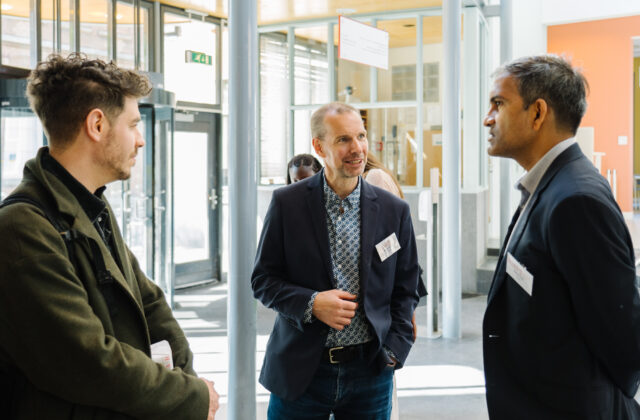 Bridging the gap between theoretical discussion and practical learning, these workshops explore the social meanings humans attribute to material culture as seen in concrete instances of:

Workshop 1. Dutch colonial architecture in the city of Amsterdam,

Workshop 2. Classical art collections representing the colonial culture of the Netherlands and Indonesia,

Worksop 3. Video and film pieces on migration across Europe,

Workshop 4. The multiculturality surrounding the cuisine of spices in relation to Dutch eating habits.

Thus, the NIAS Symposium aims to make visible the presently found traces of racial and colonial dimensions in contested objects.

Watch the full recording in English below.