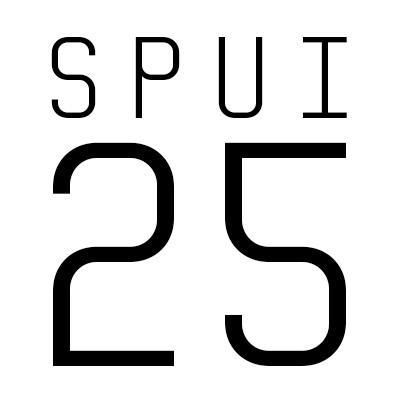 SPUI25 is an academic-cultural centre located on Spui, Amsterdam’s literary square. As a vibrant forum SPUI25 connects the academic world with the cultural sector in the broadest sense, as its events oscillate between science and imagination, fact and fiction. Almost daily, academics, writers, journalists, critics and creatives take the stage to discuss new findings in science and culture. At SPUI25, different perspectives intersect and produce new insights.

The venue of SPUI25 hosts discussions, debates and interviews, as well as book presentations, lectures and award ceremonies.

Since 2007, SPUI25 has been giving scientists, authors, artists and other thinkers the opportunity to shine a light on issues that occupy, inspire or concern them. In cooperation with a large number of academic and cultural partners, they organize between 250 and 300 freely accessible programs per year. These are enriching, often interdisciplinary programs that move between science and culture, fact and fiction.

The programming of SPUI25 builds a bridge between science, the arts and society. With its programmes, the centre targets both the academic community of researchers, lecturers, alumni and students, as well as a wide public with broad literary and cultural interests. SPUI25’s audience can attend up to two events per day – since the start of COVID-19, these can also be accessed from home via a live stream or on demand via online channels. This would not be possible without the inspiration and thinking power of their unique network of academic and cultural partners and parties, which include NIAS.

NIAS and SPUI25 collaborate since 2019/20 by organising ten NIAS Talks @Spui25 annually. During these NIAS Talks, fellows and alumni engage with journalists, scholars and cultural practitioners to offer new or interdisciplinary perspectives to the current state of affairs.