Women’s Voices from the Mediterranean

On Gender and Language Use

On Tuesday April 5th, the site Spui25 hosted a discussion among experts across the disciplines of literature and history. Jointly reflecting on the topic of gender and language are poet Lamia Makkadam, historians Eric Dursteler and Maartje van Gelder, and writer Nisrine Mbarki.

NIAS moderator Zará Kars opens the talk for the in-person and online audience, giving the floor to Lamia Makkadam, who introduces the discussion with a spoken word poem. Lamia is also a translator and journalist who often tells about the silenced female experience in her native language, Arabic.

Eric Dursteler, professor of history at Brigham Young University, UK and currently a fellow at NIAS, follows up on today’s prompt with a presentation on-stage on the entangled history of early modern Mediterranean culture, food, and language. He begins by “doing what historians do: telling stories”; stories about historical ideals of gendered monolingualism that impeded women from learning languages or to be considered as having enough capabilities to do so. Although the common belief by historians is that “women’s limitations on multilingualism are a by-product of their domesticity”, Eric Dursteler’s research aims to “re-contextualise our notions of the domestic space”, thus understanding their essence in the maintenance of multilingualism for both men and women.

Indeed, he says historians have been “looking for language in all the wrong spaces.” Space becomes a crucial theme in his study, where domestic spaces are seen as a “key locus for women’s lives”, and not at all detrimental to their language learning. Households, transport, even convents and brothels, are recognised as places where “women educated other women in language”. “Interlingual intimacy” both in and outside the home, gives rise to a sharing of culture, food, and traditions, but this linguistic competence is at the face of “necessity” – “language as a tool to get things done”, and not for linguistic virtuosity.

This is the aspect that has been missed in previous historic work, where the women-only spaces are thought of as silent, because only male-biased accounts of female spaces remain recorded, reflecting attitudes of the nationalist gendered rhetoric. He advocates for trying to reach an echo of the women experience, as a symbolic rescue from the “enormous condescension” against women in history. 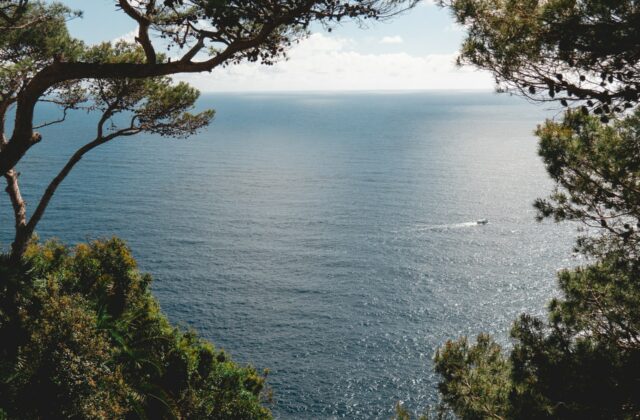 Photo by Will Truettner

The discussants join the main stage, where Maartje van Gelder, associate professor of history at the University of Amsterdam and NIAS alumna (2018/19), responds to Eric Dursteler’s point of “silence in the archive” with her take on Venetian early modern urban history. Historical archives are post-colonially recognised as non-neutral, where accounts are laid out in a way that marginal categories are erased and manipulated. It is only in elite, chosen spaces that women have a small opportunity to be historically recognised, otherwise archives remain as a man’s retelling of the female experience. Maartje van Gelder gravitates back to the theme of spaces in the city, where silenced women are a treasure trope for archives. She suggests reading “against the grain”: a delicate re-construction effort where we can look for how women operate in this multilingual landscape, as we are physically unable to hear their stories first-hand. She offers insights into recipe and cuisine as well as forms of female-led protests and revolts – which are historically dismissed, as spaces where women of the Mediterranean might assert themselves.

Literary translator and writer Nisrine Mbarki responds to the idea of “language as a tool to get things done” with an overview of her soon-to-be-published book ‘Oeverloos’, about multilingualism and womanhood. She reflects on her personal experience of the necessity of learning language in the domestic space: “I became multilingual because I had to learn two new languages to survive. It’s an act of survival.” She reads a poem where the Dutch language is mixed with some of her own languages, including Arabic and French, as an intentional take on the distinctiveness of her individual multilingualism. “I’m trying to start a movement to write multilingual books. It would enrich us.” Rather than excluding the reader, it is an opening, an invitation for the reader to view her languages on an equal value. Further thoughts must be placed on other ways for silenced voices to be included in the history archives.

Questions from the audience directed to all four speakers let on the multidisciplinary nature of this talk, in which art, language and culture intertwined to provide a portrait of the woman experience in Mediterranean history.