The NIAS 2021 Conference on Studies of Belonging

Highlights from the three day Conference

The three-day interdisciplinary conference on Studies of Belonging brought over 600 participants from 27 countries together. In this working conference, participants collectively explored how the term Belonging is used in science and arts.

On the occasion of NIAS’50th anniversary, everyone was welcome to attend the keynote lectures which was given by prominent academics who all explored the theme of Belonging from their own field of expertise. 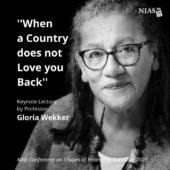 Gloria Wekker, When a Country does not Love you Back 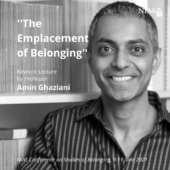 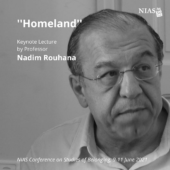 Nadim Rouhama, Homeland and the Right to Belong

Fresh from the press

After each Conference day a newspaper was made, which captured only a part of what happened that day.

You can view and download the full Conference programme here

Key Takeaways by the Panel Chairs

The connection of time to place and how this impacts belonging was a central theme in all the contributions. The emigration patterns in Italy were shown to have changed over time, the meaning attached to the balcony space in the city changed over time and due to the COVID-19 pandemic, the pop-up sanctuary as having its own temporality. The connection to time brings to the fore the disruptive potential of place and the plurality of public place. I was reminded of the work of Doreen Massey and her call to re-imagine the established distinctions between place (as bounded, imbued with meaning, bounded, home) and space (open, in flux, meaningless). This radicalises not only space, but also place and therefore also the idea of belonging in place.

Michiel Bot on Infrastructures and Belonging

Imitri Erasmus on The Politics of Gender and Belonging,

At what price do struggles for and/or claims of belonging come?

How much work there is to be done in The Netherlands to recognize, acknowledge, and deal with race and racism!

Sadia Kamran’s paper on identity politics and art in Pakistan poses the provocative suggestion that Muslim Pakistan in the 21st century has a new role for artists as nation builders. The redefinition of what it means to be an artist and of objects of art through making art and its commodification has therefore opened this space of being and belonging.

We discussed to what extent segregation has increased during and through Covid, but also lifted issues that displacement and forced relocation have for individuals and their different scales of feeling at home. This is obviously linked to the relational interplay with different stakeholders that influence the ability to feel at home, including cities attempt to commodify belonging, but also affect the way how individuals are able to create meaningful relations and friendships throughout their lives.

Markha Valenta on Histories of Belonging and Non-Belonging

The panel centred borderland histories as sites where state violence and the rigidities of formal identities are variously enforced, challenged, and eluded by the fluidity of everyday human lives, community and imagination. And it is this which is at stake: firstly, the tension between borders as violently rigid or sustainingly fluid in their emplacement of identity and community; and, secondly, the tension between historical archives as technologies of nationalist rule versus as a means to making claims for the future within and beyond the nation-state.