Talking to the Neighbours

Cultural historian Peter Burke discussed the challenges of and responses to increased specialization in the sciences during NIAS’s Uhlenbeck Lecture 2019. A talk on the figure of the omniscient polymath, the need to stimulate interdisciplinarity and the importance of cognitive diversity.

On Friday the 14th of June, NIAS welcomed a distinguished group of its alumni to the Sint Jorishof. Some for the very first time since the institute’s move from Wassenaar to Amsterdam in 2016. The occasion was the 2019 annual NIAS Fellows Association day, a chance for all current and pending NIAS alumni to engage in the kind of exchange that invited speaker, Professor Peter Burke, came to call “intellectual sociability.”

This year’s NFA day hosted the 36th edition of the Uhlenbeck Lecture, so named after NIAS’s founder. The lecture was given by Peter Burke, Professor Emeritus of Cultural History at Cambridge University. Burke was a NIAS Fellow in 2004/05 and has spent many years working on the history of knowledge.

Burke began his talk by acknowledging the origins of academic specialization. Originating from the challenge of having too much to know, the sciences split into bite-size chunks as a way to stave off information anxiety. But, in science, as in history, as in life, the solution to this one problem brought with it new challenges, and the solutions to these in turn produced newer challenges in an infinite chain reaction. Burke referred to the example of Adam Smith, who praised the division of labour not only in a pin factory but also in ‘philosophy’ (including science), an idea that began to take hold in the 19th century. Yet, while the support for this type of specialization grew, so too did the reaction and the pushback.

However, the phenomenon of specialization itself, as Peter Burke joked, cannot be generally addressed without non-specialist work. The result is that the only general specialised, and yet interdisciplinary repositories of knowledge are found in encyclopaedias, which are constructed by hundreds if not thousands of specialized contributors. 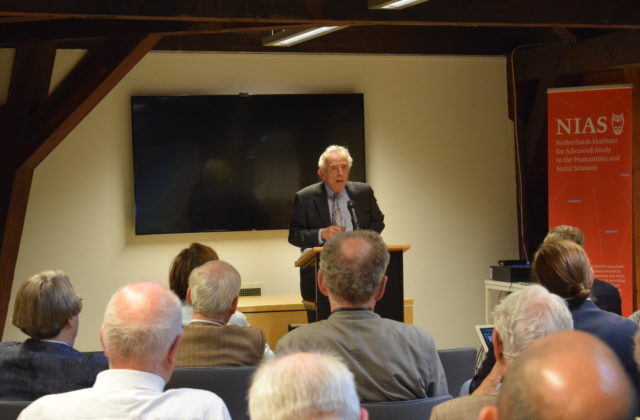 Peter Burke at the Uhlenbeck Lecture 2019

The university, as Burke stated, used to be a place of interdisciplinary study, both at undergraduate and graduate level. But modern universities have morphed into a selection of islands housing separate disciplines, like an academic archipelago. These disciplines, while split for practical reasons, Burke said, attract loyalties and spur on territorial behaviour amongst scholars.

Burke, despite his tone, took the time to note that his lecture was not intended as an attack on specialization. His real target was the apparent breakdown of communications between the specialists. Talking to the neighbours, as Burke put it, has largely died down among academics. This interdisciplinary silence, Burke admitted, has allowed the rise of specialization to appear irresistible, building up a self-perpetuating cycle of ethnocentric disciplines. But, on the other hand, of course, specialization has been resisted.

Scholars who know everything

Specifically this resistance has come from one remarkable species of intellectual that endeavours to cover, and discover all their interests, that Burke refers to as the ‘polymath’, citing several examples of men who were described as ‘knowing everything’. These men included Athanasius Kircher, and Thomas Young, a fellow of Burke’s own college at Cambridge around the turn of the nineteenth century who had earned the nickname ‘Phenomenon Young’. Men like this had implausibly diverse interests that ranged from optics to acoustics, and palaeontology to botany.

It came up during the Q&A that all the examples Burke mentioned of ‘men who knew everything’ were in fact men. But what about the women? Burke acknowledged that until the 20th century academia was largely closed to women, leading to a male dominated repertoire of examples. However there are several phenomenal examples of female polymaths in past centuries like the Mexican polymath Sor Juana, or the Dutch Anna-Maria Schuurman. There is certainly no shortage of women polymaths. However, when discussing the history of women polymaths, the onset of greater numbers only really begins at the halfway point of the twentieth century, limiting the examples from the distant past.

Regardless of gender, these academic chameleons, Burke concedes, were criticised as charlatans. For example, René Descartes publicly smeared Athanasius Kircher, an early 17th century polymath, as a charlatan for his interdisciplinary pursuits. This is a sentiment that has largely carried into the present, save for a few well respected names like Umberto Eco. And while the tale of the scholar Michael Polanyi walking into the vice chancellor’s office at Manchester and asking to move from chemistry to philosophy is thrilling, Burke posited that their individual exploits are not enough to challenge specialization. 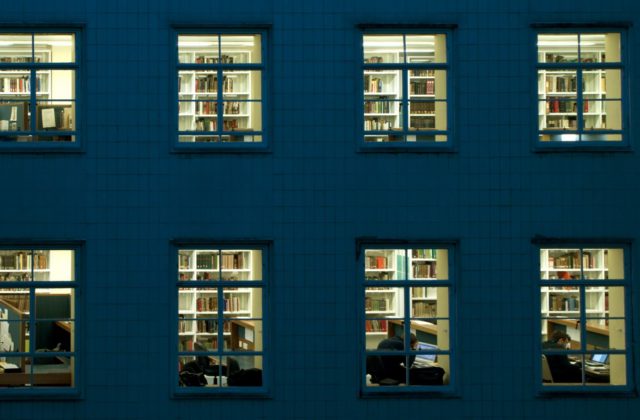 The Library of the Warburg Institute, intentionally organized in a non-disciplinary manner.

To combat specialization effectively, a collective movement needs to establish itself. Schools of thought and scientific methodology garner loyalty and support precisely because they are schools, comprised by many supporting individuals. Fortunately, there are initiatives to stimulate communication between scholars, which have taken several forms over the last century.

A formal way to resist specialization can be seen in undergraduate education that actively prescribes interdisciplinary learning of a supplementary nature. Burke elaborated on the example of Sussex University, where he worked for some time. Undergraduate students of European Studies would be required to take contextual classes in European literature for example. However, this system was abandoned in 2003, owing, sadly enough as Burke claimed, to a lacking number of sufficiently interested and capable students. Perhaps the prescribed nature of the interdisciplinary ‘contextuals’, or the modern pragmatism of higher pay for specialised experts, deterred students? Nevertheless, Burke expressed a desire to see introductory courses in global history or big history taught to first year students to reintroduce the perspectives beyond the specific, to the new generations of scholars.

Informally, ways to reassert interdisciplinarity include intellectual diversity in conversation, or as Scott Page, an American psychologist, recently called it “cognitive diversity”. Page concluded that to maximise the diversity of knowledge in any research group, it needs to be both international, and interdisciplinary. That being said, Burke sees the term research group as too formal to describe all forms of intellectual interdisciplinarity. Cafes, bars, and clubs where scholars of different disciplines meet to discuss their shared interests are perhaps better environments to stimulate intellectual conversations like these. Burke mentioned the comparative example of the business world, which has accepted the benefits of informal discussion for some time. Burke specifically noted the example of the Japanese corporate retreats to countryside hotels, encouraging freedom from inhibitions, disregard for hierarchy, and a chance to say what you truly mean. Perhaps it is the formality of the disciplines, like islands within the university, that reduces the possibility for friendly discussion about interdisciplinary activity. This is where institutes for advanced study find their place.

Citing the first institutes for advanced study with Princeton and Palo Alto, Burke posited that the true origins of the idea came from another polymath: Aby Warburg. The Warburg Library, which is now part of the School for Advanced Study at the University of London, actively encourages interdisciplinary research. The Library still retains its original plan, which was intentionally organized in a non-disciplinary manner. Rather it is laid out methodologically, dedicating the first floor to ‘orientation’ (‘reference books’, such as encyclopaedias), the second to ‘image’, the third to ‘word’, and the fourth to ‘action’. Burke nostalgically looked back at his frequent visits to this space, and the interesting interactions between scholars he observed and experienced there, that were encouraged by its unusual organization.

Burke echoed this same sentiment about the many Institutes for Advanced Study at which he has been a fellow. Between the collisions of physicists, mathematicians and economists, or the clash of historical subject matters like Hitler and Louis XIV, it was the conversations, and the chance encounters that Burke claims provided the greatest value. This is a natural process, and therefore cannot be prescribed.

Burke recalled that during his time at Princeton in the 1960s, a formal tea time interdisciplinary talk was compulsory for the fellows. However, precisely because it was compulsory, it did not bear fruit. Interdisciplinarity cannot be forced, but institutes like NIAS, who prescribe to the model of proactive serendipity, by setting up shared lunches, dinners, and movie nights, as said by Burke, act as a conduit for modern interdisciplinarity and cognitive diversity. They are places of intellectual sociability, where one truly gets to talk to the neighbours.