The Usefulness of Useless Knowledge

In his classic essay "The Usefulness of Useless Knowledge," Abraham Flexner, the founding director of the Institute for Advanced Study in Princeton, defends "the unobstructed pursuit of useless knowledge" and the search for answers to deep questions, motivated solely by curiosity and without concern for applications. The essay is as valuable today as when it was first published in 1939. Below an excerpt.

I recall a conversation which I had some years ago with Mr. George Eastman on the subject of use. Mr. Eastman, a wise and gentle farseeing man, gifted with taste in music and art, had been saying to me that he meant to devote his vast fortune to the promotion of education in useful subjects. I ventured to ask him whom he regarded as the most useful worker in science in the world. He replied instantaneously: “Marconi.” I surprised him by saying, “Whatever pleasure we derive from the radio or however wireless and the radio may have added to human life, Marconi’s share was practically negligible.”

I shall not forget his astonishment on this occasion. He asked me to explain. I replied to him somewhat as follows: “Mr. Eastman, Marconi was inevitable. The real credit for everything that has been done in the field of wireless belongs, as far as such fundamental credit can be definitely assigned to anyone, to Professor Clerk Maxwell, who in 1865 carried out certain abstruse and remote calculations in the field of magnetism and electricity. Maxwell reproduced his abstract equations in a treatise published in 1873. At the next meeting of the British Association Professor H. S. Smith of Oxford declared that ‘no mathematician can turn over the pages of these volumes without realizing that they contain a theory which has already added largely to the methods and resources of pure mathematics.’ Other discoveries supplemented Maxwell’s theoretical work during the next fifteen years. Finally in 1887 and 1888 the scientific problem still remaining—the detection and demonstration of the electromagnetic waves which are the carriers of wireless signals—was solved by Heinrich Hertz, a worker in Helmholtz’s laboratory in Berlin. Neither Maxwell nor Hertz had any concern about the utility of their work; no such thought ever entered their minds. They had no practical objective. The inventor in the legal sense was of course Marconi, but what did Marconi invent? Merely the last technical detail, mainly the now obsolete receiving device called coherer, almost universally discarded.”

Hertz and Maxwell could invent nothing, but it was their useless theoretical work which was seized upon by a clever technician and which has created new means for communication, utility, and amusement by which men whose merits are relatively slight have obtained fame and earned millions. Who were the useful men? Not Marconi, but Clerk Maxwell and Heinrich Hertz. Hertz and Maxwell were geniuses without thought of use. Marconi was a clever inventor with no thought but use.

The mention of Hertz’s name recalled to Mr. Eastman the Hertzian waves, and I suggested that he might ask the physicists of the University of Rochester precisely what Hertz and Maxwell had done; but one thing I said he could be sure of, namely, that they had done their work without thought of use and that throughout the whole history of science most of the really great discoveries which had ultimately proved to be beneficial to mankind had been made by men and women who were driven not by the desire to be useful but merely the desire to satisfy their curiosity.

“Yes,” I replied, “curiosity, which may or may not eventuate in something useful, is probably the outstanding characteristic of modern thinking. It is not new. It goes back to Galileo, Bacon, and to Sir Isaac Newton, and it must be absolutely unhampered. Institutions of learning should be devoted to the cultivation of curiosity and the less they are deflected by considerations of immediacy of application, the more likely they are to contribute not only to human welfare but to the equally important satisfaction of intellectual interest which may indeed be said to have become the ruling passion of intellectual life in modern times.” 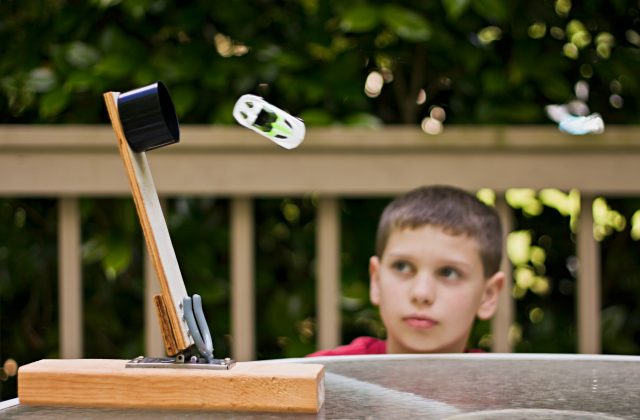 Institutions of learning should be devoted to the cultivation of curiosity. Photo by Greg Williams