Politics and History: the Justification of Violence

The second annual NIAS lecture was held in the Old Lutheran Church in Amsterdam on 22 May 2019. The topic, “Decolonization and the Political use of History”, was inspired by the NIAS theme group: Comparing the Wars of Decolonization. In this group, Dutch experts in the field of the decolonization wars in Indonesia work together with researchers from abroad who study other decolonization conflicts. Their comparative approach should increase understanding of the violent period in Indonesia that has been described in the Dutch history books as the “police actions”. This research group also examines the decolonization wars from a military-historical, demographic and political perspective, while the NIAS lecture centres more on a cultural-historical approach. The speakers particularly focussed on how the decolonization wars in Asia are remembered in Europe and in Asia, and the way that these memories, past and present, have been applied to political debates about (national) identity. 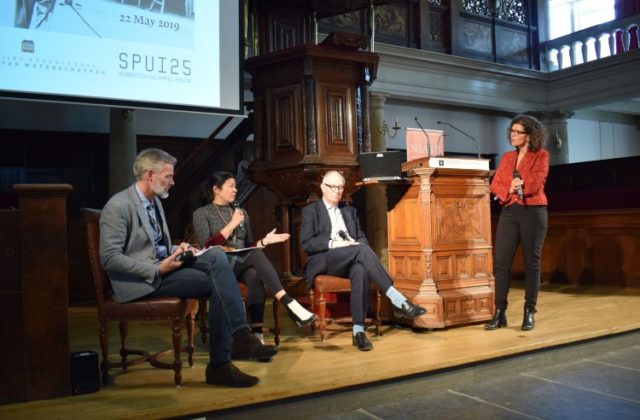 This cultural-historical tone was immediately set by the NIAS director’s opening speech. Sociologist Jan Willem Duyvendak discussed a current example of the political use of history – the new Dutch party Forum voor Democratie, an unavoidable topic lately it seems. Duyvendak remarked on the nostalgic mood of Baudet’s rhetoric, which reduces Dutch history to a tale of prosperity, freedom and tolerance. According to Duyvendak, this glorification of the national past does not do justice to the complex history of the Netherlands. The other side of that prosperity – slavery and colonialism – is not even mentioned. Subsequently, Ian Buruma, journalist, writer and Japan expert, spoke about the different ways the Netherlands and Japan relate to the Second World War and their occupation of Indonesia. Finally, two NIAS researchers spoke on their area of expertise. Esther Captain talked about memory of the Second World War in Indonesia. Pierre Asselin presented Vietnamese, French and American perspectives on the Vietnam War. 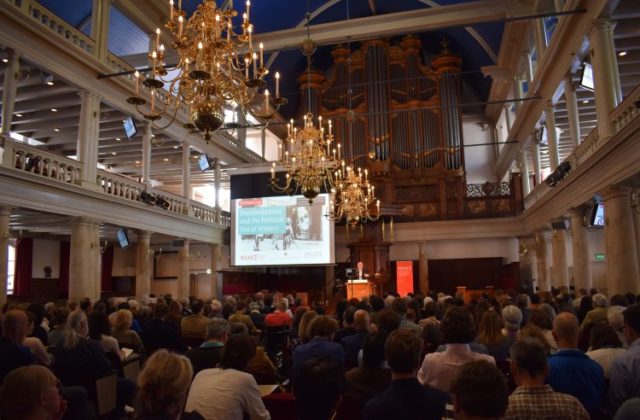 Although the places and time-periods were far flung, the speakers arrived at similar conclusions. Perhaps the most important of these conclusions was the collective claiming of the victim role. The position of victim or underdog is a favoured rhetorical tool for politicians. Even perpetrators can present themselves as victims and thus manipulate history. Captain and Buruma illustrated this with a dominant Dutch memory of the Second World War in Indonesia: the “Japanese POW camps”. The tens of thousands of Dutch citizens who died in these Japanese internment camps fuel this Dutch memory. That millions of Indonesians died of hunger, disease and forced labour during the same period and at least one hundred thousand Indonesians died after the war during the bloody Dutch recapture of Indonesia, did not enter the Dutch collective consciousness.

According to Buruma, a similar process occurred in Japan, although within a smaller section of society. Progressive groups accept that imperialist Japanese conquests during the Second World War are war crimes; however, conservative circles interpret these acts of war as “liberating” Southeast Asia. They refer to the American atomic bombs on Hiroshima and Nagasaki as war crimes which, as it were, negates the Japanese atrocities. Asselin pointed to another example of a perpetrator taking on the role of victim. After the American invasion of Vietnam, the old French colonial rulers presented themselves as friends of the Vietnamese people. The French were, therefore, just as much the victims of the American occupation and bombing. In this way, the French tried to wipe out memories of their own colonial rule. Asselin also showed that the West does not have a monopoly on the manipulation of history. The Vietnamese Communist party was just as skilled at it. The VC party constructed the myth of a history of resistance to reinforce its fight against the Americans. According to this story, the Vietnamese people were special because they always resisted invaders. The numerous Chinese raids, Mongolian invasions, French domination and eventually the American occupiers had always been repulsed by the Vietnamese.

Captain mentioned another important point when it comes to collective memory: the power of language. Naming the Dutch recapture of Indonesia as “police actions” influences our perception. The word ‘police’ not only disguises the actual bloody nature of the events, but also signifies it as an internal matter. This suggests a line of continuity that did not exist. Indonesia had already declared itself independent when the Netherlands tried to force a process of recolonization. The attempt failed which meant the end of colonialism in Indonesia. But should we call this decolonization or independence? The choice of word is also a reflection of power structures. “Decolonization” emphasizes a choice by the Netherlands, while “independence” or “revolution” signal the power of Indonesia itself.

The NIAS lecture illustrates how the past is often misused for political purposes. The question that arises is what is the role for historians? Is it enough to expose power structures and discourses decades later? Or should historians intervene as soon as they perceive abuse in current public debates, as sociologist Duyvendak did by criticising Baudet in the introduction. The political role of the academic remains an important topic for debate.

Decolonization and the Political Use of Violence. Annual NIAS Lecture 2019