This Spring, NIAS is home to a group of researchers carrying out comparative research into different wars of decolonization. By comparing, they hope to come to a better understanding of the causes, forms and nature of (extreme) violence by Dutch military forces in the turbulent times of Dutch-Indonesian history between 1945 and 1949, when the Dutch tried to re-establish colonial authority during the Indonesian struggle for independence. Bringing together different experts in the so-called 'academic pressure cooker at NIAS', they will shed light on what made the war in Indonesia exceptional and unique, and what made it typical of other decolonization wars. An important topic, and not without its pitfalls.

Thijs Brocades Zaalberg, from Leiden University and the Netherlands Defence Academy,  coordinates the theme group, together with Bart Luttikhuis, from Leiden University and the Royal Netherlands Institute of Southeast Asian and Caribbean Studies. One and a half year ago they started planning for these next three months, exploring the most fruitful directions and inviting scholars. On April 1, twelve scholars finally came together for the first time as a group, ready for an intensive period of collaboration.

Your project is part of the large four-year research programme on independence, decolonization, violence and war in Indonesia. Why did you choose to include a project that focuses on comparing the Indonesian case with other wars?

Bart Luttikhuis: “We think it is very important to do these kind of comparisons in order to better understand the Dutch case itself. Dutch historiography and even more so, Dutch political debate, has been rather parochial in the last seventy years. There are some notable exceptions, most importantly Van Doorn and Hendrix who, already in the 1970s, made a first attempt to make a comparison. But otherwise there has been very little comparative research, even though, especially in the last fifteen years, a lot of research on Algeria, Malaysia, Kenya has been published. This knowledge can help us understand how and why this conflict escalated in the way that it did. Comparison helps you understand why things happen rather than how things happen.

For this theme group you have invited five foreign experts, each with expertise in different countries, but also in different thematic fields. And each foreign expert has been linked to a scholar from the Dutch programme. They will be writing an article as a couple. Why this pairing up?

Thijs Brocades Zaalberg: “We actually had to create these teams of a Dutch scholar working together with an international fellow, because there is very little written in English about the Dutch-Indonesian case. The only way to grant international scholars sufficient access was to create these teams. So it was first needed from a practical point of view. And then it became clear that it created so many more possibilities within the research.”

“Two interesting cases to compare are for example Indonesia and Indo-China. These wars take place in the very early revolutionary periods directly following WWII and are similar in many ways. It is often said about the Indonesian case that the fact that it happened straight after WWII, in a power vacuum, is an important factor in explaining how the war developed and in its use of extreme violence. Indo-China is the most direct comparison with regard to this. Many other wars of decolonization, such as Algeria or Kenya, began later and in the context of an established colonial state. But there was hardly any Dutch authority at the moment Indonesia declares its independence. The war that followed is about re-occupation. So comparing Indo-China and Indonesia will be very insightful.”

Other themes and comparisons include the role and position of sexual violence during conflicts, technical violence (artillery, airpower, use of navy bombardments), the microdynamics of violence, and responsibility and communication.

Do you expect your findings to be controversial?

Luttikhuis: “Academically, not necessarily. But the whole project is highly visible and rather controversial in Dutch society. Events of the programme are surrounded by heated discussions and there has been an open letter criticizing the programme. One of the objections was that this comparative research is an effort to relativize. That is absolutely not our intention, but it can be read in this way.”

Brocades Zaalberg: “The reproach that we will be relativizing extreme violence by the Dutch comes up in personal conversations as well. People saying it is good that we are  finally going to study Dutch atrocities, but by comparing, we will end up downplaying the levels of violence, probably concluding that the Dutch were bad but the French were worse and the Germans most violent of all. But our project is not an exercise in guilt-rating, in answering the question of ‘who was worse’.”

Luttikhuis: “The question of who was worse, is not a historical question, but a political and moral one. Guilt-rating also presumes that higher number of victims would make something worse. Clearly every victim is one too many. We want to understand why it happened the way it did.”

The results of this theme group will be discussed during a public conference on 20 June 2019 and will be published in Dutch in the open-access journal BMGN – Low  Countries Historical Review and in English by Cornell University Press. 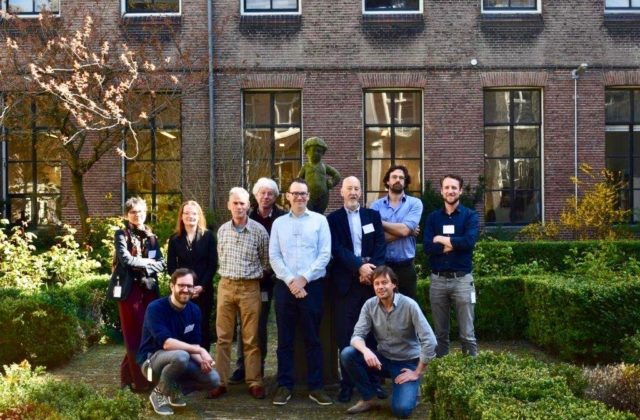