Quarantine and its Discontents

Now that self-isolation is the new real across multiple world regions, journalists, bloggers, and scholars avidly ponder the nexus between quarantine and intellectual potency. Some claim that quarantine boosts creativity or praise breakthroughs that isolation spawned in Newton and Shakespeare. Others (including some of this blog’s authors) paint less blithe pictures. Psychologists point to harmful quarantine effects, and writers critique isolated-genius myths. Some, in fact, think that “the lockdown generates rather mediocre writing,” and others say: stories of intellectual brilliance in isolation are all nice and well, but they ooze privilege.

The debate on productivity and isolation from daily-life commitments – the retreat ideal that once inspired the creation of the Netherlands Institute for Advanced Study and other advanced-study institutions – revives an old question. Does quarantine boost or rather stifle inspiration? In pondering this question, it helps to revisit Russian cultural history, which brims with stories of self-isolated intellectuals – some of whom were more fortunate than others.

“I have grown a beard; as the proverb goes: a mustache and a beard are praise to a young man,” Russian writer Aleksandr Pushkin wrote in a letter in September 1830, when a cholera epidemic struck Russia (fig. 1). Pushkin self-isolated in his family estate at Boldino village in North-West Russia. The quarantine was not his first. In 1825, Russian authorities had condemned Pushkin to a prolonged house arrest at Mikhailovskoe, another family estate, together with his childhood nanny. He loathed the confinement then – “let us drink from grief,” he famously implored the nanny in verse – but at Boldino, he was less somber. To those of us combatting productivity issues at improvised home offices, his daily schedule sounds soothingly lazy. “I drink coffee and lie till three o’clock,” the same letter says, “I go riding, at five I take a bath and then dine on potatoes and buckwheat porridge.” Appearances deceive, however: the quarantine months rank as top peak in Pushkin’s writing career. “Boldino Autumn” is, in Russian, today a shorthand for productive times spent in isolation. 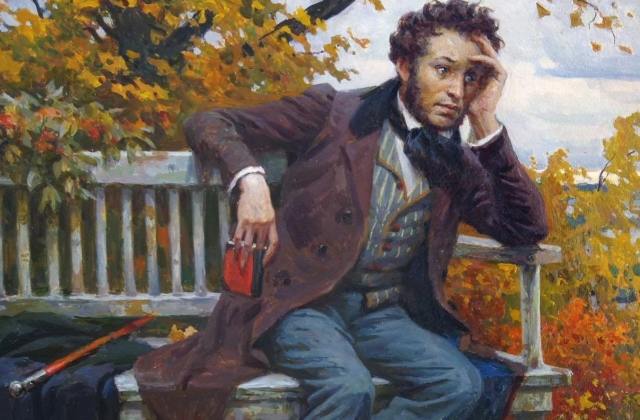 Fig. 1. Bearded man in deep thought – this is how painters traditionally depict Pushkin in social isolation (Shcherbakov, Pushkin at Mikhailovskoe, 1969).

At first glance, Iosif Brodsky also saw perks in quarantine. As soon as lockdowns became a corona-life fact, the dissident’s 1970 poem “Don’t Leave Your Room” went viral (fig. 2). “Don’t leave your room, don’t commit that fateful mistake,” so this seeming celebration of life-between-walls starts, “Just settle back at home and smoke.” Brodsky was another seasoned self-isolator: his mother took him to Northern Russia during the Leningrad Siege, and as nonconformist he later spent five years in exile at a secluded village. In hindsight Brodsky called this a “very productive time”: “I wrote a lot. Including some lines that I remember as a kind of poetic breakthrough.” He defied idealization though: the exile years were neither “that interesting” nor worth “overdramatiz[ing].” “Don’t Leave Your Room” is no ode to quarantines either. The verses are, in fact, hardboiled satire. As writer Thomas de Waal explains, they mock “those members of the stay-at-home intelligentsia … who despised Soviet reality but did nothing to oppose it, merely remaining in their rooms and complaining.” 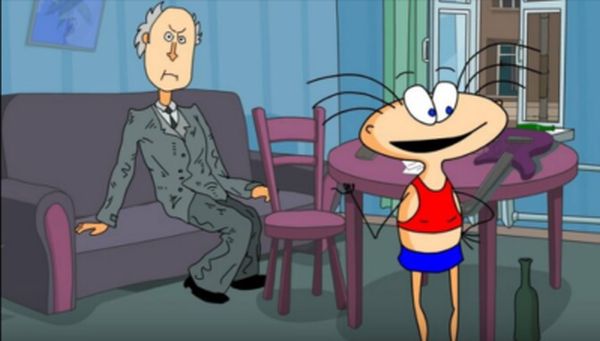 When World War Two broke out in Russia, Tsvetaeva and her teenage son were evacuated to a remote provincial town. Depression and a lack of means to support herself and her son thickened the exile stress – and within weeks, Tsvetaeva committed suicide. Her story cannot be reduced to a social-isolation trauma – but it is not unrelated to a point that feminists make today: quarantine worked well for men who had the time and means to think alone; but it can have disastrous impact on the less well-off, and on men and (more often) women with care responsibilities. Puskin’s idle bath was, put plainly, no option for the “old woman trying to feed her adolescent son by obtaining a dishwasher’s job” that Tsvetaeva was in 1941.

Together, these stories of quarantined intellectuals offer no easy answer to questions about the relation between isolation and inspiration. But they do teach us that this relation is all but straightforward. Social isolation can be downright lethal; lazy but inspiring; an easy escape; and it can, simultaneously, be a deeply uninteresting and highly productive experience.