During the Opening of the Academic Year 2021/22, Fellow Rahul Rao shared his thoughts on academic freedom.

In May 2021, at the height of the most recent war in Gaza, a colleague at a Dutch university sent me a Palestine solidarity statement and asked if the department at the British university in which I worked at the time might be interested in signing it. We had historically never signed political statements as a department, the practice having been for individuals rather than the collective to take political positions. Yet the strength of feeling about the death and destruction suffered by Palestinians was such that on this occasion, we decided – exceptionally – to sign the statement condemning the Israeli assault on Gaza. Yet if you were to look at the list of signatories to that statement today, you would not see our name. When our management heard that we were about to sign, they forbade us from doing so, claiming that such a gesture would unacceptably take a political stance on behalf of the institution as a whole. This claim was puzzling, given that the institution had taken admirable political stances in the past – on Black Lives Matter in the summer of 2020, for example. Somehow it seemed a little more difficult for us to say that Palestinian Lives Matter.

One reason for this is the fear that criticism of Israel might be seen to be antisemitic. This concern has been heightened by recent efforts to broaden acceptance of the definition of ‘antisemitism’ promoted by the International Holocaust Remembrance Alliance. For many supporters of Palestinian self-determination, aspects of this definition seem to preclude legitimate criticism of Israel by conflating anti-Zionism with antisemitism. Criticism of the definition has itself been construed as antisemitic, as some members of the UK Labour Party have discovered to their detriment. To bring these issues up is not to deny the existence of antisemitism and the absolute necessity of fighting against it. But it is to illustrate the ways in which free speech can be impeded by being construed as hate speech.

Conversely, hate speech can be protected, even championed, in the guise of free speech. The UK Conservative government has recently introduced a Higher Education (Freedom of Speech) Bill which imposes ‘free speech’ duties on universities and student unions and gives individuals the right to claim compensation through the courts if those duties are breached. It proposes to set up a new ‘free speech director’ who will be charged with investigating instances of no-platforming and so-called ‘cancel culture’. It does not seem to matter that the number of such instances is miniscule.[1] Nor do state champions of ‘free speech’ appear to recognise the many ways in which their own policies – anti-radicalisation programmes such as ‘Prevent’ or the new powers that the Police, Crime, Sentencing and Courts Bill proposes to grant police to crack down on protest – undermine the very values they claim to cherish. Instead, ‘free speech’ has been weaponised by the right and its ideologues in the state to enable and protect the airing of racist and especially transphobic speech by speakers whom students are trying to keep off their campuses. 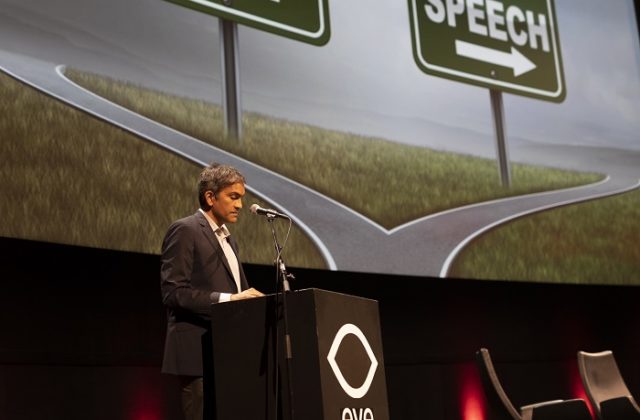 Rahul at the Opening which as held at Eye filmmuseum

The ease with which free speech and hate speech can morph into one another forces us to confront the question of whether free speech is a good in itself, even if it reinforces the unequal distribution of power in society and the othering of unpopular minorities. Without pretending that it will be easy to address such questions, my hope is that an institution like NIAS might enable us to grapple with them in an atmosphere free from the rancour that saturates the public spheres of so many of the places we come from. When I am teaching, I try to hold my students to a principle of compassion. This requires them to place the most generous construction possible on the things they hear in the classroom. The principle does not preclude us from having uncomfortable conversations. And it certainly does not guarantee that we will reach consensual answers on the questions that vex us. But by fostering an affective space in which we might be able to disagree without losing sight of each other’s humanity, it helps us to make a good start.