The Pandemic of the Second Century CE

In Roman History too, lethal and contagious diseases found their way around the world. Current fellow Miko Flohr argues for a global perspective when looking at epidemics such as the Antonine Plague in the Second Century CE.

It was in 162 CE that the plague struck Chinese army camps in two western provinces of the Han Empire. The disease was bad: sources report that three or four out of ten soldiers died from the illness, and the amount of detail available suggests this was, at least in the perception of the Chinese, one of the more lethal epidemic attacks of the Han era. More worryingly, it did not stand on its own. Late antique sources report the outbreak of 162 had been preceded by an outbreak in 161 and was followed by outbreaks in 171, 173, 179, 182, and 185. We lack specific information about the geographical spread and lethality of these outbreaks, but their chronological clustering is peculiar: seven of the eleven known episodes of epidemics dating to the second century CE were dated between 161 and 185. In China, there is no 25-year period with a higher number of known outbreaks in the entire first millennium CE – though the historical record seems pretty consistent in its quality. 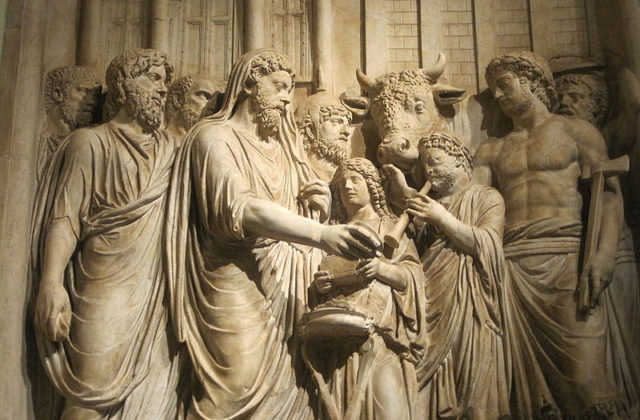 It was only a couple of years later that, right on the other end of the Silk Road, Roman soldiers started to become sick and die. As they were defeating the Parthians, and (re)conquering parts of Mesopotamia, the legions, led by co-emperor Lucius Verus, were struck by an unknown, lethal disease that turned out extremely contagious. In 165, it broke loose in Nisibis, which is now in southeast Turkey, and in Sardis, in Asia Minor. In 166, it reached the Roman metropolis, and decimated the population – exact figures are not knowable, but there is no doubt that the city suffered a direct and harsh hit.

From Rome, the disease swiftly spread over the rest of the empire. In 168, it killed Lucius Verus in Northern Italy, leaving Marcus Aurelius as the sole emperor. As in China, the disease was not done after the first wave: throughout the late 160s and 170s, and into the 180s, outbreaks are recorded in various places in the Roman empire. There was an outbreak in Soknopaiou Nesos in the Fayum in Egypt, in 179, reducing the number of taxpayers by as much as one third in barely two months. In 182, there was an outbreak in Noricum, in what is now Austria. In 189, the plague flared up again, in Rome. According to sources, the disease claimed two thousand lives a day in this late episode.

The Antonine Plague, as it has become known, marks a watershed in Roman History. Its impact has been heavily debated. Some have seen it as the big external shock that brought down the Roman economy, and it is certainly true that, in certain parts of the empire, things would never be the same again afterwards. Others have championed a more mildly devastating narrative. Yet, was this the same disease that also wreaked havoc Han China? The idea is certainly appealing, though we do not know enough details of what happened in China to be sure it was the same disease that occurred in Rome. The timing is suspicious, and the recurrence of outbreaks, in both the Far East, and in the Far West, over several decades surely suggests something similar is going on. Perhaps, what is commonly known as the ‘Silk Road’ in the 160s CE functioned more as a kind of Pandemic Highway.

This does not mean that the ‘Antonine Plague’ originated in China – after all, both in China and in the Roman world, the disease occurred, early on, in regions closer to the end of the Silk Road. This may suggest that the pandemic – if it is the same disease – actually originated in Central Asia. Moreover: some caution is needed, as there are no direct parallels in antiquity. For instance, there are no indications that the Cyprianic plague of the 240s and 250s made it to China, and the same is true for the Justinianic plague of the 540s. The epidemics of the 630s and 640s in China have no parallel in the Mediterranean. It may all be a coincidence. In a way, however, that does not matter: the story of the Antonine plague and its parallels in China makes clear that at least in thinking about what was going on, a global perspective is required.

This article was originally published on Miko Flohr’s website: http://www.mikoflohr.org/