Future Imaginaries in the Making: The Case of (Post-) Crisis Greece

Which imaginaries and narratives of the future are currently infiltrating the Greek public sphere and Greek culture, and to what ends? This programme zooms in on contemporary Greece to ask questions that contribute to larger debates about future imaginations within and beyond the neoliberal present.

Many radical thinkers have diagnosed the conjuncture of neoliberalism’s recurring crises as one from which radical alternatives or future imaginaries are missing: a ‘crisis of imagination’ (Haiven) in the ‘frozen present’ (Noys) of ‘capitalist realism’ (Fisher). At the same time, decision-makers are increasingly preoccupied with devising new or revamping old imaginaries about what is to come. Narratives that promise recovery, reconstruction, resilience or happiness in a future less ominous, disorienting or precarious than the present. For example, NextGenerationEU or the Green New Deal are cases in a European context.

As a site of several recent and ongoing crises, Greece has become a laboratory for future-making processes. After a decade of austerity and crisis, decision-makers are now reviving old imaginaries and inventing new ones, in attempts to rebrand Greece as a destination of leisure and happiness. The aim is to move beyond the unbearable burden of the financial debt to Greece’s creditors and its cultural debt to ancestors, something modern Greeks have been professed unable to live up to. ‘Modernization,’ ‘Creative Greece,’ ‘Greece 2.0,’ or ‘live your myth in Greece’ are slogans that capture attempts to (re)construct a new image for the country from within and abroad.

This panel seeks to critically explore future-making practices and imaginaries – political, economic, cultural, ecological, infrastructural. To what effect do current narratives about the future subscribe to, reinforce, trouble, or veer away from the neoliberal present?

Philipp Katsinas is a research officer at the London School of Economics and his work broadly focuses on the transformations of housing systems, including the social and spatial impacts of the increasing role of finance and tourism on urban economies. Philipp has held teaching roles at King’s College London; Birkbeck, University of London; and Queen Mary University of London. He is part of the City Collective for the journal City.

Eleftheria Ioannidou is an Assistant Professor in Theatre/Performance at the University of Groningen. She has authored the monograph Greek Fragments in Postmodern Frames: Rewriting Tragedy, 1970-2005 (OUP, 2017) and several articles on the performance reception of ancient Greek theatre in relation to nationalism and fascism. Recently, she was awarded a NIAS fellowship for her project ‘Performing Classical Visions: Uses of Antiquity in Fascism and Neofascism.’

Yannis Kallianos is a Postdoctoral Researcher in the Department of Social and Cultural Anthropology at Vrije Universiteit Amsterdam. His work focuses on urban infrastructures, public space, watse, imagination, and practices of socio-political mobilisation and contestation.

Elisabeth Kirtsoglou is associate professor in the anthropology department at Durham University. She is researching and publishing in the fields of political anthropology, migration, gender and the anthropology of Europe. Her latest work, The Time of Anthropology: Studies in Contemporary Chronopolitics is published open access by Routledge (ASA monograph series).

Maria Boletsi (moderator) is Assistant Professor at the Film and Literary Studies Department of Leiden University. Since January 2018, she is also Endowed Professor of Modern Greek Studies at the University of Amsterdam, where she holds the Marilena Laskaridis Chair. Currently, Boletsi is a NIAS fellow working in the NIAS Theme Group ‘The Politics of (De)Familiarization: The Common and the Strange in Contemporary Europe’

Dimitris Soudias (moderator) is Marilena Laskaridis Visiting Research Fellow at the University of Amsterdam and group member of the NIAS Theme Group ‘The Politics of (De)Familiarization: The Common and the Strange in Contemporary Europe’ 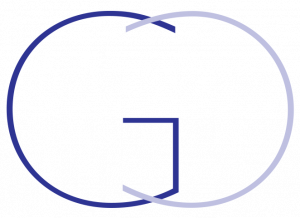 This programme takes place in SPUI25 in Amsterdam. You are welcome to join on site or online. This programme will be livestreamed via the SPUI25 website. Attendance is free but registration is needed. Please do so via this link.