In April, NIAS opened its doors to two colleagues from Ukraine: Elmaz Asanova and Oksana Khomei. Below an introduction of Elmaz Asanova, a journalist committed to sharing her knowledge of Ukrainian and Crimean Tatar politics and history.

Elmaz Asanova is a journalist from Crimea, who has dedicated her life to the strengthening of Tatar identity. “For me, leaving Ukraine was very stressful. Because of the Russian aggression, I had to leave my beloved country for the second time. I was born in Uzbekistan because in 1944 the Soviet authorities deported the Crimean Tatar people to Central Asia and the Urals. This action is recognized by many countries as an act of genocide. Crimean Tatars from the majority became a minority.

I was 16 years old when we returned to Crimea. During the 25 years of  Ukrainian independence, our people were able to restore national Crimean Tatar institutions, schools, a theatre and a television station, where I have been working as a TV presenter and journalist for many years. It was the happiest time in my life.

In 2014, Russia annexed Crimea, a great tragedy. It was scary, I thought that we would be uprooted again from our land and again sent in cattle wagons to die, as in 1944. My compatriots began to be arrested, kidnapped and killed. Under such conditions, freedom of speech cannot exist. On the Crimean Tatar channel searches were carried out and we had to leave the Crimean peninsula. It is very painful, my whole life and the lives of many other Crimean Tatar people are  devoted to the struggle for the right to live freely in our land. The war began in 2014 and has been going on for 8 years. Living far away from the Motherland, for which we have fought for 50 years and continue to fight, is very difficult.” 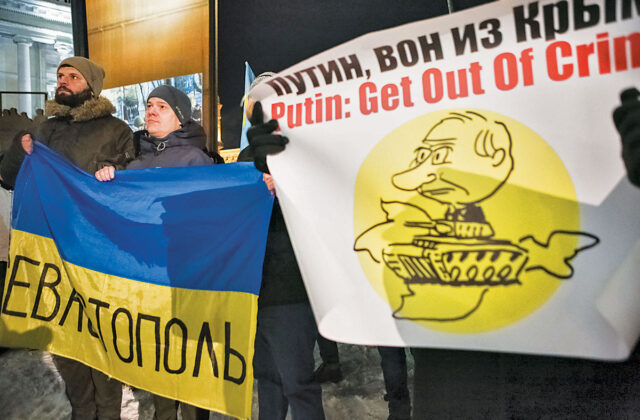 Crimean tatars and Ukrainian activists take part in the rally of the Day of Crimean Resistance, 2018.

Current situation and the future

“After many years living in a society where pro-Russian aggression was reality, I finally saw in Dutch society a non-aggressive society, where people treat each other with great understanding, respect and a sense of tolerance. At NIAS, I managed to find many books and materials devoted to the Crimean Tatars and I discovered a lot of new things for myself. Every day, every seminar and event is a treasure trove of new knowledge. Therefore, the experience gained within the framework of the institute will help me in the future to make a contribution to my country and my people.

If we talk about the future, then all my thoughts and plans are connected only with Crimea. I will continue my journalistic and research activities. I plan to write a book about Crimean Tatars under Russian rule and their struggle for self-identity. I have no doubt that aggression will be defeated and freedom will definitely come to my home in my Crimean peninsula.”

The Crimean Tatars were the indigenous people of the territory of Crimea, with their own system of statehood and own educational and religious institutions. With the deportation of Crimean Tatars by the Soviet authorities in 1944, the destruction of the identity of the peninsula began. Changes in the Crimean Tatar names of places, the destruction of authentic architecture and culture, and land redistribution led to the Slavicization and Christianization of the Crimea peninsula. Many Crimean Tatars, characterized by a strong attachment to their land, chose the path of struggle, which was passed down from generation to generation. This project studies studies those experiences of the past. It also explores the lessons they offer to the Crimean Tatar community now, including the perspectives of civil resistance and the formation of social movements in the situation of the loss of working national institutions.

On 22 June, Elmaz Asanova will present her project during a lunch seminar. Other speakers include journalist Fleur de Weerd, Professor of Humanitarian Aid and Reconstruction Thea Hilhorst and fellow fellow Oksana Khomei. 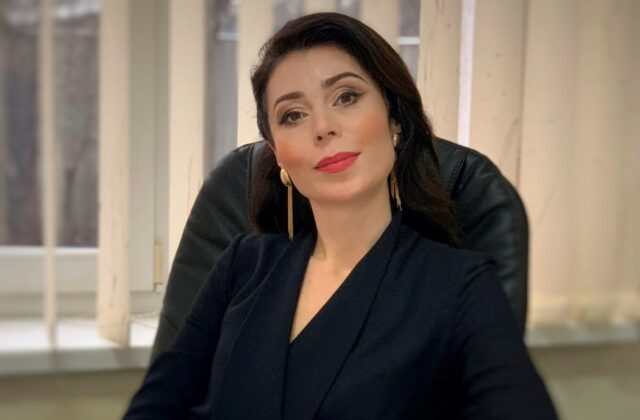 Elmaz Asanova is a Crimean Tatar/Ukrainian journalist (ATR Channel, Kyiv, Ukraine) and activist. She made a number of documentaries on the past and present of Crimean Tatar people (entitled Those Who Open the Way to the Homeland…. and Who are Crimean Tatars?); she (co-)produced TV-programmes and represented the Crimean Tatar journalist network at international conferences. Asanova graduated from Taras Shevchenko Kyiv National University and works on a Ph.D. thesis dedicated to the development of religious and secular education in early-20th century Crimea. Since April 2022, she is journalist-in-residence in NIAS, Amsterdam.