Diederik Oostdijk's publication "Bells for America: The Cold War, Modernism, and the Netherlands Carillon in Arlington" has just been published. It was presented in Arlington, Virginia during an official event marking the start of the restoration of the bells on 21 October. Oostdijk is Professor of English Literature at VU Amsterdam and worked on this book as a NIAS Fellow in 2014/15.

The people of the Netherlands gave the Carillon to the people of the United States in 1954 to thank America for its help during and after World War II. The memorial stands in Arlington Ridge Park, in between Arlington National Cemetery and the Marine Corps War Memorial. The Carillon houses 50 bells.

On 21 October 2019, the Americans and the Embassy of the Kingdom of the Netherlands celebrated the start of a project to restore the carillon. After the presentation of Oostdijk’s book to Dutch Ambassador André Haspels and Superintendent Charles Cuvelier (US National Park Service), the first bell was taken down. All 50 bells will be shipped to the Netherlands to be restored and improved, which includes a new music console and keyboard. In 2020 they will return, with an additional three new bells, raising the instrument’s status to a “grand carillon.”

The restoration is part of a yearlong celebration of “75 Years of Freedom,” which will feature a series of activities commemorating the end of World War II, highlighting the US contributions to the liberation of the Netherlands, and celebrating transatlantic ties since 1945. 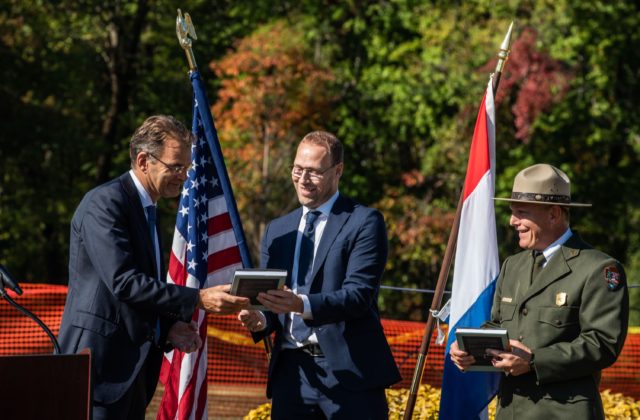 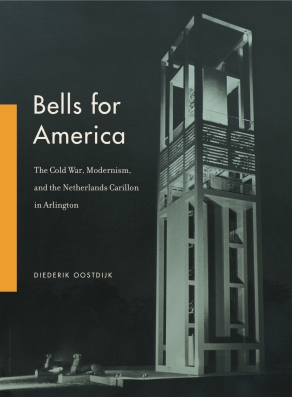 In “Bells for America: The Cold War, Modernism, and the Netherlands Carillon in Arlington” (Penn State University Press), Oostdijk traces the history of this monument, from its creation and the pageantry surrounding its presentation through its fall into disrepair and plans for its renewal. In so doing, he resolves the paradox of the carillon’s placement in Arlington and unearths a fascinating and compelling story of diplomacy and humanity.

Interweaving art history, campanology, landscape architecture, literature, musicology, and diplomatic history, Bells for America recounts how the Netherlands and the United States reconstructed their national identities and fostered an international relationship in the postwar era through public art.

The Dutch edition Klokken voor Amerika (Boom) will be published in April 2020.