Columbian writer Héctor Abad held a short presentation on his new book, the process of writing and NIAS as Ritalin.

“I have no power point. What I only have is a point in the middle of a circle. That is The Centre. Or, in Spanish, El centro.

In normal life, names are not so important. They are like the letters in Algebra that stand for something else. Proper names stand for a person but whether your name is Klara, or Rita or Martin or Francesca is almost irrelevant. But when you are writing a novel, names are as important as when you are choosing a name for your future children. In choosing names parents are superstitious because they see names as a destiny or as a lifelong attachment. And, many times, children discover quite early that they hate the fate that is hidden in their names. When I am not writing I am a very reason-oriented person, very rational and sceptic. But when I begin to write I become superstitious about everything and particularly about names.

What is in a name? Romeo’s question, makes me think of this. My first name is Héctor and my last name is Abad: Hektor and Abbot, in English, Abt in German and maybe also in Dutch. When I am in Colombia I must be Héctor and I must fight, discuss, Tweet, write in papers, defend myself, attack, being certain that, at some point, Achilles will arrive. I work in a very noisy library in an overpopulated University with countless young students discussing, crying and preparing for love and war all the time. There I have more than one job – I must multi-task and is difficult to concentrate. My Héctor side suffers, to some degree, from attention-deficit disorder. At NIAS, this abbey, this monastery of great peace, silence (but without the fasting) my Abbot side emerges. Even though I am not the abbot here, just a simple monk, I know that there are no Achilles on campus or in the town. I dedicate all my time from morning to night to that medieval practice of “Ora et Labora”: of praying and working, which in my case is one and the same because writing is a way of praying. NIAS makes me concentrate on my centre and so I consider this magnificent monastery of human sciences to be my Ritalin, my doping for writing, liberating me from the deficit-attention disorder of contemporary life (at home). 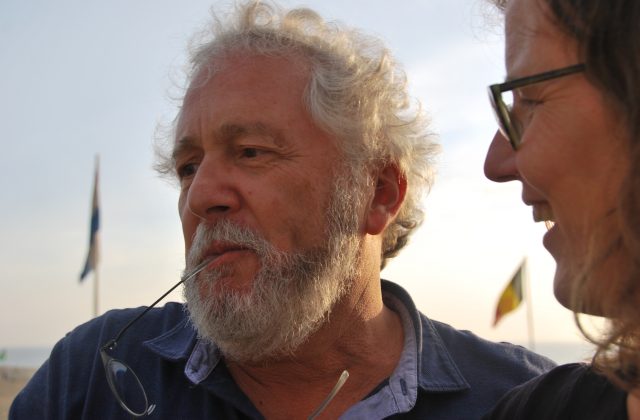 Some say the world will end in fire,
Some say in ice.

Now, if I say something like: “There is a friend of mine who maintains that this planet is too hot and will end really hot, but there is another friend of mine who prefers the hypothesis of a new terrible glaciation”, the aesthetic effect is not achieved because the paraphrase is less economic and it doesn’t trigger the same poetic emotion in your brains.

Jolting the reader’s mind depends on using the precise words in the text and also on the order in which information is presented. Creating images, almost real situations and setting up expectations in readers’ minds are some of the tasks of a novelist. And if you want the reader to be surprised during the process of reading, the writer, or at least the kind of writer that I try to be, will also need to be surprised by their own work. Writing a novel is a discovery of what that novel is about and what the main characters will eventually do at the end. If I want the reader to be moved, be indignant, laugh, feel fear or sympathy, the way to induce these emotions is not by deceiving the reader, but by feeling the same authentic emotions (captured in words) in the process of writing. For that, looking within yourself to access your own experiences, readings, hearings, etc. is necessary.

When I write I am stealing something from all of you: maybe your names, your faces, your way of discussing or asking questions, your way of dressing or eating.

My idea of writing and of literature is not very intellectual. Indeed it is very intuitive. I want to write a story as a piece of music is composed. Like a symphony that merges many different instruments, I use names, characters, places, faces, psychological problems, social problems, violence, sex, friendship, passion, etc. When I write I am stealing something from all of you: maybe your names, your faces, your way of discussing or asking questions, your way of dressing or eating. I could, for example, introduce into my plot an eugenic biologist, or an artist who dreams of a brave new world with very small people just half the size of humans today. Or a scholar from Persia who studies ancient religious texts and finds homophobic passages as well as homo-philia descriptions of close friendships.

If you google the word Centrum your search will first result in thousands and thousands of web pages about a useless multivitamin pill – clearly big business. But that’s not the Centrum I am interested in. I think of the centre in terms of balance, of moderation in the political spectrum, the equilibrium of life, the equanimity in love and marriage quarrels. But especially in the commonplace sense of the word: the city centre in this case an imaginary city in the tropics called Angosta, Narrow.

In the Apocalypses is written: “I know your works: you are neither cold nor hot. Would that you were either cold or hot! So, because you are lukewarm, and neither hot nor cold, I will spit you out of my mouth”. I feel like a part of the lukewarm saliva, a molecule of the viscid spittle that came out of the mouth of God. The average temperature on our planet is a little cold for my taste: 15 degrees C. I know the temperature in Paradise was 21 degrees, as are the mornings and afternoons in Angosta, where everything is awful but the climate. Anyway, in writing Centrum, I can bask in the illusion of a warm world that will not end in fire, that will not end in ice.”

Héctor Abad held the writer-in-residence-fellowship 2016, a fellowship co-sponsored by the Dutch Foundation for Literature. The talk “Centrum” was given on 11 February 2016, as part of the NIAS 5-Minute-Talk-series, in which Fellows present their work to each other.