The Disenchantment of Home

Home is sweet - as long as we choose to be there. NIAS Director Jan Willem Duyvendak explores the different layers of 'home' in times of Corona.

And then we were confined to home. Finally, a chance to enjoy our homes and work from home! But the tone in the newspapers and social media quickly changed. Home is sweet – as long as we choose to be there. Normally we are in control at home. But how can we be in control when the government commands us to stay there? Sure, we can still do what we want indoors but forced domesticity is a contradictio in terminis: we appreciate home, we realise now, as long as we can leave it – otherwise it quickly feels like a prison.

Rather than something festive, our stay at home becomes a disillusion – and that hurts extra because we associate it with positive emotions: ‘feeling at home’ is a warm verb, ‘home’ is all rosy. Home is predictable, reliable. It is the place where we can be ourselves, where we coincide with our environment. The emotional assignment to really feel at home gnaws at us when we don’t feel at home – as a lot of people experienced because of the lockdown: the disenchantment of home. Of course, this crisis is an extreme situation – but it is precisely from this that we can learn: it can, for example, increase our empathy towards those who are condemned to stay at home every day.

COVID-19’s sudden and profound intervention in daily life, causes some to believe that its consequences must be extraordinary too. The end of globalisation was quickly announced by the extreme left and the extreme right. To me, it seems too early to draw such megalomaniacal conclusions. It is clear, however, that the Corona crisis magnifies a number of issues. Whereas ‘home’ was an acclaimed place until recently, we now discover how isolating home-life can be. Home was popular for so long because it didn’t get our attention seriously.

Academic interest in the concept of  ‘home’ has long been neglected and is often negative: only when there is a lack of home and homely feeling, as is the case with many migrants and the homeless. Sociologist Paolo Boccagni, one of the few who seriously studies ‘home’, writes about the sudden interest: ‘Under the current global pandemic, the usually sceptical question What’s the point of studying home? is bound to find new answers.’ Unparalleled numbers of people are forced to stay at home. ‘Forced domesticity used to be a prerogative of vulnerable minorities in poor health conditions – disabled people, frail elderly, and the like. Now it is being experienced by the mainstream.’

And the mainstream has no idea what happened to them. Next to adult working men who are rarely at home during the day, women working outside the home see their world shrink drastically too.  One of the greatest changes of the past fifty years has been the entry of women into the public sphere – and in order to achieve this, the limiting effect of ‘home’ and domestic work had to be exposed.

Academic interest in the concept of  ‘home’ has long been neglected and is often negative: only when there is a lack of home and homely feeling, as is the case with many migrants and the homeless.

Sociologist Arlie Hochschild put this sharply: even those women with paid work, no longer sentenced to home, remained responsible for the second shift: unpaid domestic work. Many feminists hoped that men would take responsibility at home if their wives focused on outdoor work. However, this rarely happened. Thus, Hochschild concludes that ‘home’ has been left orphaned. Nobody cares about home anymore. Men, and also increasingly women, feel more at home at their work, than at home.

Whereas Hochschild initially formulated a fundamental criticism of home, she now advocates its protection and revaluation. The world of work, of the economy, has become ubiquitous and is increasingly pervading ‘home’ and vice versa: workplaces are becoming more and more homely, tempting employees to work more and more. The digital revolution plays an important role in this: tech companies increasingly turn their offices into homely places, and we continue to work at home, because we are available 24/7.

The Corona virus drives this fusion of home and work to a peak: employees try their utmost to combine work and home. This unusual situation makes ‘home’ extremely demanding. And like that, it blows up in our faces: fusing home and work is complicated and not for everyone. For most of us, a few weeks of lockdown feels like an unbearable shrinkage of our world, no matter how passionately we video call.

Since the 1970s, people with a mental disorder have not been living together in large homes, and increasingly only ‘at home’. The Dutch government promoted that living your own home was better than living in a care-home. While seeing professionals is the most important visit for independently living elderly and disabled people, they now refrain from entering homes due to the virus. The enormous increase in loneliness that results from this policy is not only felt by people with a physical or mental disability – the same is equally true for the elderly. While the most vulnerable older people can still go to a nursing home in their very last life phase, all other elderly must continue living at their own homes.

Lonely, languishing at home is bad but not life-threatening. This is different for households in which there is domestic violence. To quote Paolo Boccagni again: ‘While #StayHome is the right thing to do, it only exposes the vulnerable members of a household to the darker side of domesticity. In fact, it is informed by the assumption that people are more protected by staying home. This is likely the case in health terms, but not necessarily in social ones.’

If feeling at home within our own homes is so hard, why do so many politicians tell us to feel at home in the neighbourhood, the city, and also in the nation?

Fortunately, home is a safe place for most people. But that does not mean that we really feel at home. The experience of feeling at home is a scarce and exceptional experience. It is an exclusive emotion: we don’t feel at home with most people and in most places. If feeling at home within our own homes is so hard, why do so many politicians tell us to feel at home in the neighbourhood, the city, and also in the nation? These politicians simply haven’t thought about what feeling at home really demands of us. Only that explains why home plays such a central role in the recent discussions on Dutch citizenship.

When accused of oikophobia by right-wing populists, the left-wing parties responded by saying they do have warm feelings for the national home, rather than excluding the discussion of home from the political sphere.

Private, domestic emotions are elevated to the public norm – we should feel at home in the nation. The more citizenship is defined on an emotional level (you have to feel like a Dutchman; you have to show that you are loyal to the Netherlands: a dual nationality indicates lack of bonding, etc.), the more exclusive it becomes. This sentimentalisation of Dutch citizenship has been captivating us for about fifteen years. It is time to break with the misguided idea that citizenship would be primarily a matter of feeling and that the government should therefore interfere with our feeling of home. We only selectively experience the feeling of home, and its discussion in the political arena doesn’t take that into account. Besides after the Corona quarantine, home is completely disenchanted.

However, some politicians deliberately politicise a sense of home: they know that framing the debate in terms of home leads to polarisation and calls for minorities to conform or leave. The populist reproach of oikophobia resonates as long as politicians think that politics should be concerned with feeling at home. But what if they learn from the Corona crisis that feeling at home is already so difficult? Would that give them the space to no longer burden politics and citizens with a sense of home? 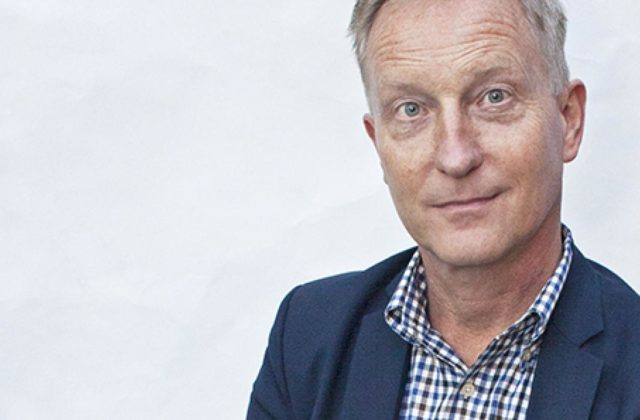 Jan Willem Duyvendak is Director of NIAS and Distinguished Professor of Sociology at the University of Amsterdam. His main research interests are belonging, ‘feeling at home’, and nativism. This article is a shortened version of the article ‘De onttovering van thuis’, orginally published in De Groene Amsterdammer (8 April 2020).