The complimentary sides of academic freedom

What is the meaning of academic freedom today? To answer this question, it might be helpful to re-introduce the distinction made by philosopher Isaiah Berlin between ‘negative’ and ‘positive’ freedom. Simply put, the distinction between ‘freedom from’ and the ‘freedom to’. If we apply Berlin’s concepts in this way, it looks as if in the past decades the emphasis was mostly put on ‘the freedom from’- to protect academic freedom. Freedom from interferences in academia by politicians, by the market, or by social media users. They all have been criticised, and rightly so, for being intrusive, as imposing their logic on academia and thereby seeking specific outcomes, which are a threat to academic freedom.

Simply put, the distinction between ‘freedom from’ and the ‘freedom to’.

There are many good reasons to value mobilisations that protect academia’s autonomy, to keep it ‘free from’. As we will hear this afternoon, academic freedom –like artistic freedom- is under threat in many countries around the world. These threats come mostly from politicians and state bureaucracies but more recently from social media as well. Scholars are targeted and often physically threatened. We have to be free from those threats.

In this idea of academic freedom-as-free-from, spatial metaphors often dominate: we have to keep distance from other spheres, such as the political or the economic realm. In many countries, this ideal of a separate sphere materialised in campuses, far from the hustle and bustle of non-academic life. Institutes for Advanced Study were often even more isolated, the most situated at a distance from the world. When we read the history of the Institutes for Advanced Study, we come across many terms that describe these institutes as secluded places, as ideal places not affected by the outside world: ‘a scholarly haven’, ‘a paradise’, in sum, as places of non-interference. 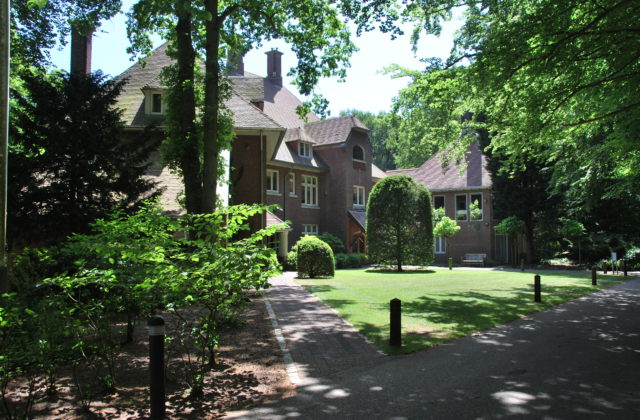 When we take a look at NIAS, we see that for much of its history, fellows lived and worked together in a villa in Wassenaar. NIAS, until 2016, was located in an incredibly isolated location – it was cut off from the rest of the country by dunes and the North Sea on one side and, on the other sides, by a non-existent rail link and a bus service whose meandering routes lent Leiden and The Hague the allure of far-flung places. A fellow described NIAS in Wassenaar as a “beacon of enlightened liberalism under the tallest trees of the world, a monastic order, a withdrawal from reality, a state of being in-between, no longer bound by previous norms.” And for much of NIAS’ existence, this isolation defined its self-conception.

This idea of liberty-in-autonomy did not only materialize in the place but also in the set-up of our institute (and all other IASes): a key ingredient being the ‘blue sky principle’ – the notion that fellows propose to study a topic of their own choosing. The blue-sky principle stems from the very same belief that academics should define their own research agenda, not politics, economics, or academic bureaucrats. 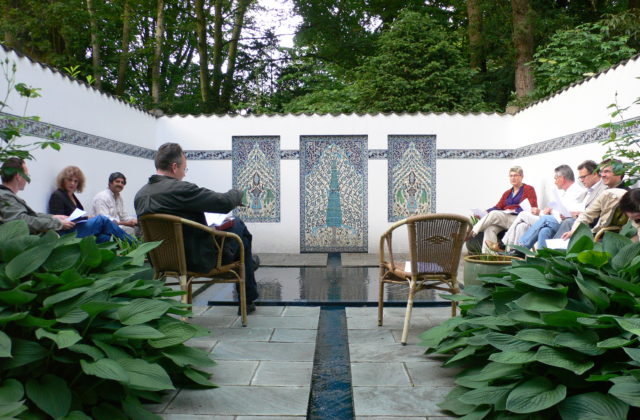 NIAS Fellows in the Rose garden at Wassenaar

This principle is more important than ever before. Compared to some decades ago, research today is predominantly financed by earmarked money. Academia itself has become incredibly pressured, full of expectations regarding themes, pace, productivity, and impact. What NIAS now offers is not only a retreat from the outside world but a retreat from the burden and pressure of academia itself.

In that sense, IASes embody the ultimate idea of ‘freedom from’ – and today there are many threats from both outside and inside academia.

This idea of a safe haven, a safe space, of being distant, was, however, not just a response to external threats but also inspired by a positive idea of academic freedom, the ‘freedom to’. If scholars have the freedom to do things they aspire to, they will be far more creative than when they are constrained.

The ‘freedom from’ is a necessary condition for the ‘freedom to’ thrive.

It might be tempting, given the actual threats, to further withdraw – to look for super safe spaces, to build our own bubbles, our homogeneous spots where we don’t feel threatened but are not challenged either.

I guess that that is not what the philosophy of an IAS is or should be: the ‘freedom from’ was not meant to isolate ourselves among like-minded people but to facilitate unexpected encounters, interdisciplinary cooperation, and collective learning across various fields. The ‘freedom from’ then should rather be used to develop new insights, resulting from the interactions among fellows with hugely different backgrounds. 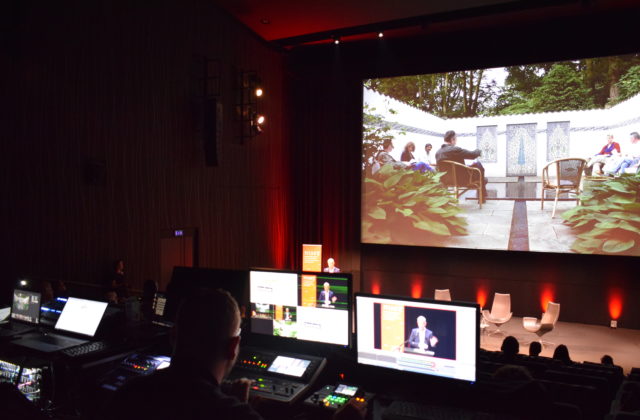 JW Duyvendak speaking at the Opening

Being externally exclusive – keeping the threats at distance- should go hand in hand with being internally inclusive, and as diverse as possible. We, academics and artists, flourish when we get constructive criticism when we are confronted with unknown worlds, divergent perspectives, a plurality of paradigms and epistemologies.

We love the confrontation of opinions, the exchanges of ideas and experiences – we want to be ‘free from’ in order to be ‘free to’ raise all possible questions, to doubt, to re-think our projects, to re-write our articles and books. We cherish the freedom to challenge each other, to provoke, to think the unthinkable. That happens best in a world with diverse voices, where people come together, not to compete but to cooperate.

I do not claim that NIAS has always been the most diverse haven on earth – but a haven it was (and still is). Every year, step by step, we aim to become that diverse place of free thinkers from all over the world, from so many disciplines – of scholars and artists.

I have great admiration and gratitude towards all individuals and institutions who for the past 50 years have made NIAS into what it is today. And I very much look forward to the next 50 years!